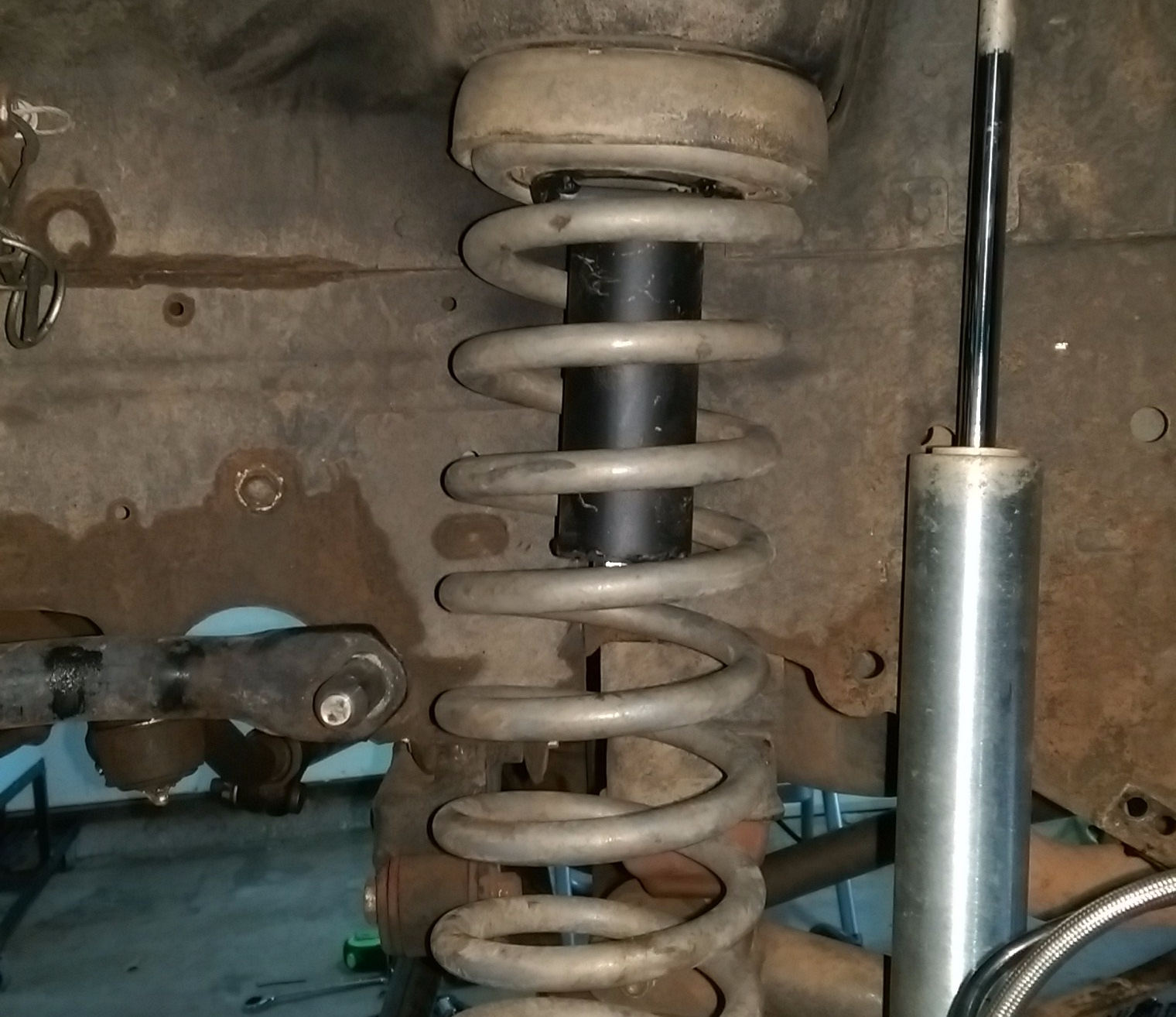 The build thread: on retainers

I ran Broken Arrow in Sedona, AZ with a buddy as a shakedown for the lift install, and it performed awesomely. I was tempted to try and run the staircase upwards, but time got away from us and I didn’t get a chance. At the very end of the day as we were coming off trail, I had the left front spring drop out on the first step that leads off the trail. It was so strange that it made it all day, then decided to bail at the last minute. After a drama-free on-trail spring reinstallation, I immediately realized that it would be a great idea to get some coil spring retainers.

I ended up going with a capped 3″x6″x.025 wall tubing for the upper retainers. They do creak a bit when the spring rubs them, but I feel a lot better running these than some 18 gauge exhaust pipe from O’Reilly. And I NEVER have to worry about losing a spring again.

Heyyy look.  The pics are missing from this post too.  Yayyyyyy.

While I was under the Jeep and at it, I decided to weld up the rear CA brackets. I never did like that they bolted in. It’s much better now.

EDIT: After about 6 months with the retainers on, I ended up cutting them off. Couldn’t stand the noise they made.  I’ll be putting limiting straps on eventually.

EDIT EDIT:  What I actually did  was get some 2″ tube and build my own retainers.  I even sold a few sets to other folks with WJs, and we’re all using them successfully to this day.

If you can't Fastenal..
My day's been weirder than yours. #babycannon5000 #lifeofafieldtech
I've been trying to find this poster for over a decade. Thank you so much, my dear wife. Happy anniversary. #mywifeisstillthedopest
Been chasing Gremlins for almost a year now. Just about got them all knocked out. So ready to get back out in that dirt. #Jeep #wj #grandcherokee #azwj #fivewheeldriveme #ionlywheelthegram
LMFAO #gaspumppolitics
%d bloggers like this: