Holy shit y’all.  It feels like two weeks since my last post.  Life has been so crazy.  Since we got back from Colorado, I’ve been on two wheeling trips with AZWJ, one trip with NAU4x4, driven to the Sierras, supported Nona at a Soulstice run, torn out a muffler, shredded a transmission mount, torn out and replaced rusted spring perches, gone to SEMA for the first time, detonated a half shaft, and lost the heater (as soon as it got cold, of course…).  And yet, inexplicably, I still managed to come up with a couple cheap ideas to share.  In due course.

On top of all of that, there was a surprise lightning round of lay-offs at work that pretty much nuked any motivation I might have had for bloggering.  I’m happy to say now, however, that I survived this round of layoffs and will be around Flagstaff for at least another year to regale you with my tales of woe and broke Jeep-ness.

I want to start with the trip I took with NAU4x4 a few weeks ago.  The club had decided to run Moss wash, near Kingman.  This is a trail I’ve always wanted to run but, for four years, never seemed to be able to get scheduled right.  So, finally having my chance, I joined up for what I thought would be an easy run through a river wash with a couple entertaining obstacles here and there.  I mean hell, I’ve conquered Smasher Canyon in my Jeep… What could go wrong?

A LOT, is evidently the answer to that question.

I got my ass handed to me by that damn trail.  While every other vehicle was waltzing through this nightmare of an afternoon, I was dragging, bumping, scraping, bending, and literally fighting for every inch I advanced through the trail.  What the hell was happening?  There were smaller vehicles having an easier time.  There were less experienced drivers choosing better lines than me.  I’ve had off days, but this was something else altogether.

Moss wash is a dry river wash.  It has three obstacles, and the rest is pretty much just river rock and a couple small shelf steps.  It’s really nothing fancy.  The first obstacle is about 1/2 mile into the trail and consists of some bouldering that bumps into about a 24″ shelf.  Having seen three rigs run the obstacle, I was pretty confident I could just walk right up and over it; you know, like I do.  Instead, I slipped a tire on a loose rock and offset my whole approach to the final step, hanging a link mount and having to bust out the hi-lift to stack rocks under the tires.  No big deal, right?  I got to show some folks about how to increase ground clearance in situations like this.  Good learning lesson. 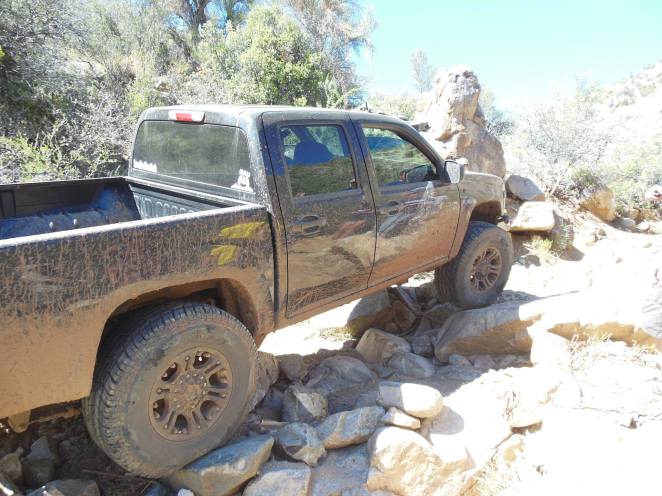 This Colorado went just before I did. His 35’s deceived me. It’s all that Colorado’s fault!!!! AAAAARGGGHHHH!!!!!
This is the first obstacle. The one that sealed my fate.

This was attempt #37b, getting lined back up on that first obstacle. See how the windshield wipers are turned on here? That’s a dead giveaway that the driver is really having hell inside his rig. Don’t let the calm demeanor of this image fool you.

Well, not 20 feet after that first obstacle, there’s a nice big rock that takes up the whole left side of the trail.  You can climb this rock, or you can roll your rig over trying to avoid it, or you can abandon your vehicle forever.  I chose option D.  Somehow I parked my Jeep so hard onto the rock that it took two anchor rigs and a pulley just to get me out…

This dude did not have high expectations for the success of our recovery. 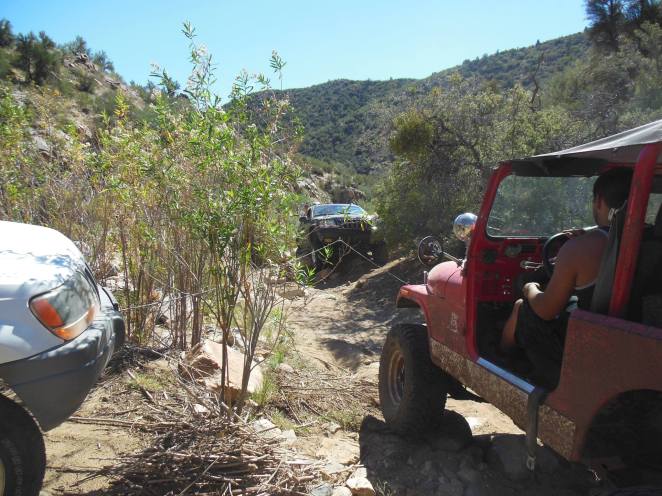 It really was a bear to get un-stucked. I’m lucky I was with the people and rigs that I was.

That’s how I broke my muffler and transmission mount by the way (and probably the half shaft too, if I’m honest)…

The rest of the trail, for me at least, was pretty uneventful, as I had yet to really figure out what damage I’d actually done to my rig, and wasn’t going to get the rig hopelessly broken trying to prove that I could actually run this trail.  Even I have limits.

One of the cool things about the Moss wash trail however, is that there is an abandoned house at some point on the trail that can be explored.  It makes a great spot for lunch. 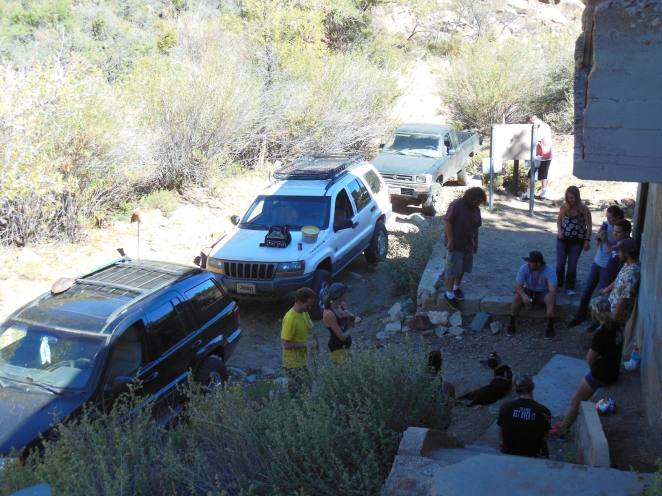 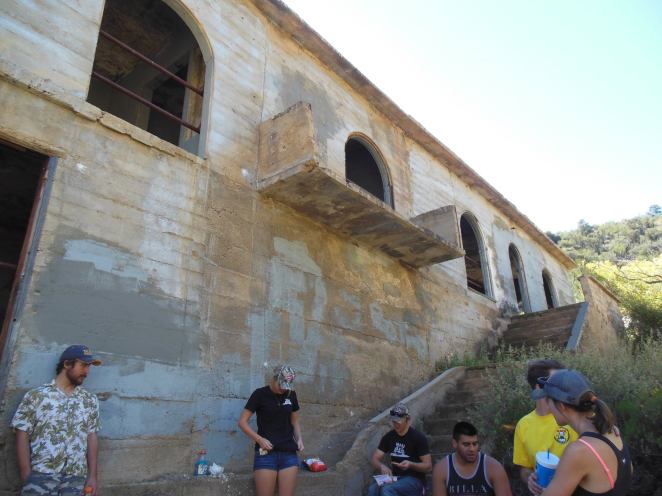 Even though I took some big damage on this trail, it really was a good day.  We got to see some friends we haven’t seen in an long time.  I got to act like a jackass in front of complete strangers.  It was just an all around good day.  I certainly learned some good lessons about how I’m not the invincible driver I’d started to believe, but more on that later.

There were some engine problems with one of the rigs with us that day, but it was fortunately able to make it through the trail taking the bypasses and whatnot.  Unfortunately though, it didn’t look like it would be able to make the 2 hour drive back up the mountain.  Once we were all safely off the trail, we arranged to pick up a car dolly so somebody could tow the truck back to Flagstaff.

Not to name any names, but the small Japanese truck, so known for it’s reliability, was towed home by a Jeep that night.  Just sayin…