Somehow, I’ve become an admin for yet another online group.  It’s a Facebook group focused on WJs in Arizona.  This one seems to be focused around posting up awesome pictures and going on trail runs around the state.  I know, I live a tough life.

For our inaugural run, we decided on the Ajax Mine trail between Florence Junction and Superior, Arizona.  It’s rated as a difficult trail, but there’s a road that can be taken to bypass the tougher obstacles as it weaves in and out of the wash that constitutes the majority of the trail.

Me and Dave and Scarlett and the labrat hauled ass down the mountain on Friday night to try and make camp before night fell.

As i understand it, there’s an upper section and a lower section.  We took only the lower trail, since we wouldn’t have time to do both.  The lower section is apparently a bit easier too. We were expecting to have some stock rigs along, but as it turned out, mine was on the smallest tires of the group.

I’m told this is the gatekeeper to the upper section.  A gatekeeper is slang for an obstacle at the entrance to a trail, typically designed to keep out the rigs that aren’t built enough to safely run the trail.

The trail is mostly made up of rocky, sandy wash bottom, with giant boulders scattered here and there.  We ended up running into about 4 major obstacles that allowed us to get all the great crawling shots you see today. 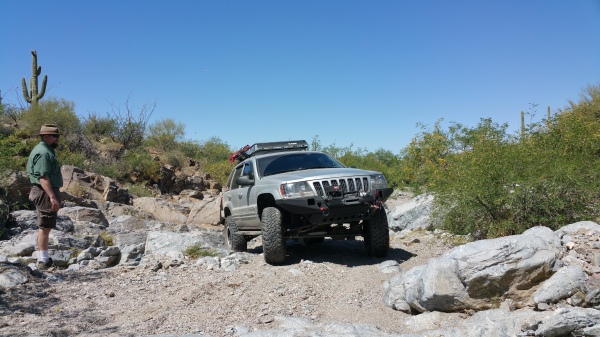 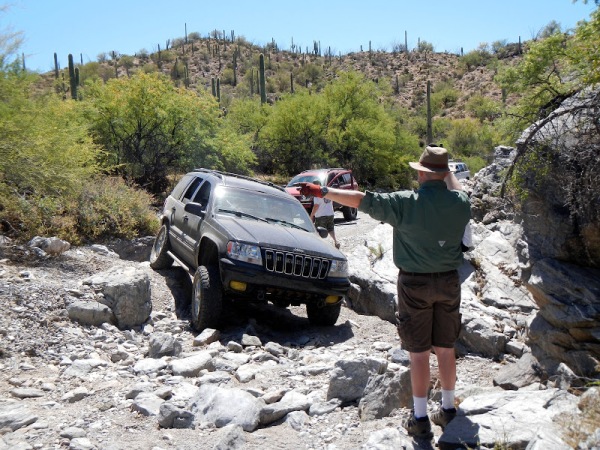 Big thanks to Chad for the awesome spotting help! 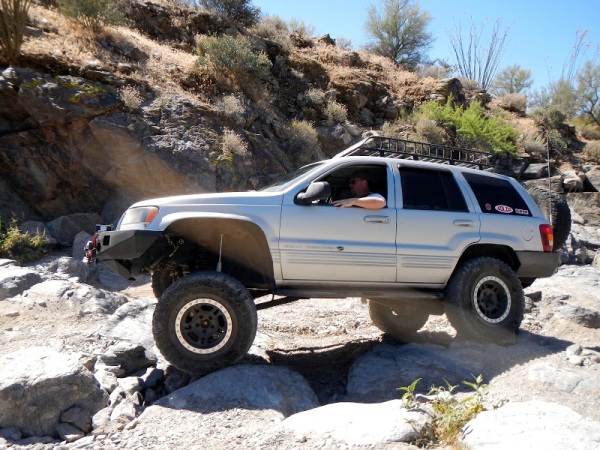 Eventually we reached Ajax Mine, the trail’s namesake.  It’s a really cool landmark, but I was just too in the zone.  I only got a single picture… 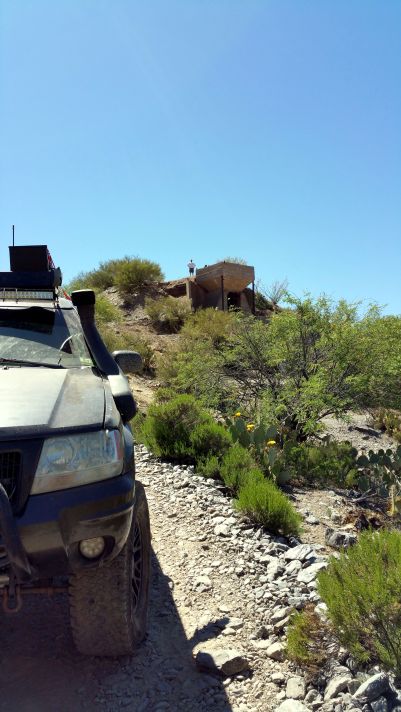 As we neared the end of the trail, we began to climb the hills toward Superior AZ and got some dope landscape shots.  As one of our group said, the way out was very reminiscent of a trip to Rug Road we took a couple years ago.

Rug Road is an old ranch trail northeast of Tucson.  It’s also my white whale.  When I ran it with my Jeep in 2012, it gave me a rude awakening about how dangerous the sport I am involved in can be, and gave me a new found respect for wheeling as a whole.  You could say it was the point in life where I discovered my superpowers.  I plan on returning to exact my revenge some day soon.

Anyway, we hit superior around 4:30 in the afternoon and headed into town to air up, grab a bite to eat, and head back home.

Those of us who have been wheeling for a while know that there are good runs and bad ones.  And then there are runs that are something else altogether.  I don’t mean to wax poetic, but there are trips that are somehow transcendental; more than the sum of their parts.  This was one such trip.  I’m not the same driver I was when I turned off the pavement last weekend.  There was something about the alignment of the universe, and me, and my Jeep that let me know I’m doing things right.